I had to make a clandestine run for breast milk this morning. One of the kiddos, who shall remain nameless, appears to have contracted pinkeye over the weekend, and for those who don’t know, breast milk is the single best cure for pinkeye. Scoff if you must, but don’t cry to me about your goop.

Unfortunately, the days of that production line are long gone around here, and I had nothing to offer her but a trip to the doc and some horrid prescription that may or may not do anything but further deplete the stores of happy gut flora. Thankfully, I have connections.

And so it was that I was found in the vicinity of Plum City this morning, collecting my sixteenth-of-an-ounce of miraculous milky booty from one of the best humans on the planet, who happens to still be on the production line.

The eye is already looking better, in case you’re wondering.

In addition to the miracle-working powers of breastmilk, there were some technological miracles on the premises lately as well. After hours upon hours on the phone with the linguistically challenged folks in Atlanta last week, I accepted their diagnossing, made arrangements for a new hard drive to be shipped in and my old pal Emory to come on up from LaCrosse to install it, and resigned myself to a disastrous January, at least in the realm of writing and general happiness. And I walked away.

Of course I didn’t walk away.

You already knew I didn’t walk away.

I futzed. And I puttered. And I obsessed like Dustin Hoffman. And you know what happened? After several more hours worrying the buttons and keys of my machine–like Dustin Hoffman–the damn thing booted. I hooted–like Dustin Hoffman–and continued the fidgeting and overall assault on the system until I managed to coax a full and successful restoration of my loathed Windows operating system.

At the present moment I am clicking away on my favorite keys and looking at the lesser-of-many-evils screen, and all appears to be well on the Western Front. Time will tell. Now that I’ve sent the new hard drive back to the warehouse from whence it came, I’m sure the wheels will fall off the bus by the end of the week.

In other news, the traveling kiddo moved into her very first apartment this weekend. Maybe that was where we contracted the pinkeye. Larry even woke up to bid her farewell on her last night above the piano.

Rachel’s been on her own before, just not quite like this. There were those six months she spent living and working up on the end of the Gunflint; she had her own room, but shared all other living spaces with ten others. And there were the more recent six months out in Oregon, where she shared a room with a rotating crop of roommates and still had to share other living spaces with a million folks.

Anyhoo, the kid is in, unpacked, and already making dinner for her doting grandmother. I think she’ll do just fine.

And in yet other news, it appears that I am about to become a godmother. Possibly I already am godmother, since the little guy is already in existence, just continuing to hang out in his cozy spot for another month or so. Regardless, by mid-February I’ll be a godmama no matter your accounting method, and I’m a little bit stoked.

Speaking of amazing humans, there are some out there who toss aside all good judgment and choose me to enter their family as godparent to their precious children.

If you’d like to enter a plea to these unsuspecting folks to reconsider their choice, it can be sent to too_late@yafilthyanimal.com.

If you need me, I’ll be practicing the little guy’s real first name, so I don’t accidentally–at his very baptism–call him by the slightly made-up one I’ve been using for the past seven months. There are so many expectations of a godmother…

5 thoughts on “Milk and miracles and fairy godmothers”

Raising money for the kiddo! 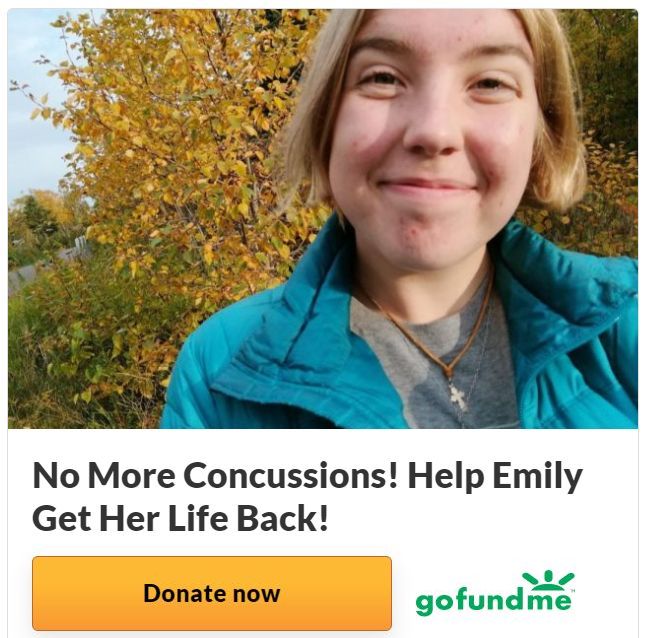 Or if it’s easier:

Donate to Emily via PayPal or Venmo Just put For Emily! in the notes!

Pfizer #2. Check.
Last year the Milwaukee Kid (@stuffsandnonsense), before she was the Milwaukee Kid, tenderly transplanted some ramps from our favorite hiking haunt into the islands in our front yard. They had a hard year, trampled by boots, ditch-witched by the fiber optic guys, and generally neglected like everything else green around here. But alas, here they are, reaching for the sky, happy in their new digs.
More babies
Newborn babies
Well, that's done I guess.
And now for the rest of the story... New blog post at kjottinger.com. Link in bio.
Time for a big ol' update on Em's big ol' week in big ol' Utah! New post at kjottinger.com. Link in bio!
Oh, what a difference a day can make.
Shameless screenshots of the best Bernie memes yet... Thanks @friendsbwcaw!
New post (and some strangely familiar photos) over at kjottinger.com... Time for the annual words.
Hot breath turned cold.
New blog post at kjottinger.com.