Some years ago, in the midst of some particularly dark times, a wise man pulled a wiser quote out of his wise pastoral hat. It took me by surprise, dried my tears mid-descent, and returned me to the path I was to be following. No pomp or fanfare – and only a little wimpering.

Never doubt in the darkness what you know to be true in the light.
~ Father John’s memory, sans reference

In more recent history, Mumford and Sons released a song suspiciously similar to Father John’s fatherless jewel, sending me on a mining tour of the internet seeking out the original authorship. While Father John’s wins in the simple-and-direct(-yet-beautiful) category, the musical rendition, of course, is a bit more poetical:

Hold on to what you believe in the light, when the darkness has robbed you of all your sight.

~ Mumford and Sons, Hold on to What You Believe

It was Raymond Edman, in case you care – the original author. He was one of the early presidents of Wheaton College, and author of quite a few books. It actually took a while to track it down, and was, to be honest, a bit anticlimactic. Here is the quote as first penned, best as I can tell:

This is the discipline of darkness: Never doubt in the dark what God told you in the light.

I dunno. I guess I was probably hoping that it would be a souped up version of what I had already heard. Alas, it wasn’t so souped up at all, although the idea of the discipline of darkness was an added layer. Darkness as a schoolmaster, purifying coals, absence giving birth to the fond heart and all that. I can get on board with that.

But personally, I am more taken with the later renditions of the quote; they come alive a little more for me. Maybe I just like Father John and Mumford and Sons better than this Edman guy.

My search also took me through the book of John:

Not the same thing, in any respect, but you can see how the great apostle may have inspired Edman and the rest in their thinking.

Today I’m thinking about the whole mess, about all of it pestled together into one giant paste of a thought.

When I first was handed this chunk of wisdom, I had no idea the significance it would have on my life. It was one of those little gems that burrow into the creases of your soul, peeking out over and over again to shine their light on newer and more heinous situations. It has followed me for a good many years, a welcome companion.

Today, as I am reminded of my perpetual state of apathy and disregard for the needful things in life, this amalgamated excerpt is just as meaningful, if turned on its head from it’s usual reading. As I look back through over a decade of my life since it first confronted me, I see the workings of grace, the stretches of light that my faith is grounded in, and the moments of darkness that draw so heavily on that foundation.

Today I am dwelling more upon Jesus’s command than on the promise of Raymond Edman, or even the implied promise John speaks of. 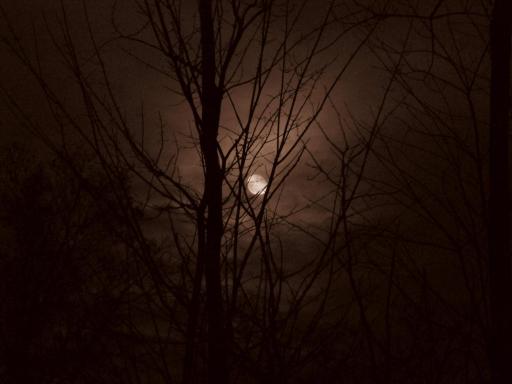 It is certain that the long tunnels do come, obscuring every available source of light, but our faith must be stronger than the immediate and the present. Our faith is the holding fast to that which has shown itself to be good and true, even when we are too blinded to see it. But in order to hold on to what is believed in the light, in order to never succumb to the doubt, we need to actively believe and actively walk. Just skidding by is not enough to fill up the reservoirs of faith.

We need to take advantage of every inkling of light that is available to us, for all light comes from God and has the capacity to enliven our souls and fuel us from within in times of drought. We need to walk in the light. And when that drought comes, as it will, when that darkness seems to creep in with the weight of ten thousand elephants, then we will be able to fall back on our reserves that we have so diligently stored up.

In the end, we do need to stop back in to visit Edman’s discipline of darkness. We do need to be thankful for the opportunities this life gives us to not take the light for granted. The constant reminders, the darkness that brings contrast to our vision and allows us to see the light more clearly. Billy said it well while trying to set his buddy Harley straight in his frustrations with God:

“…you attempt to render existence in terms of perfection,” said Billy. “Life is a rough approximation of things hoped for. You need to revel in the misfires. In the scars and dings. You need to develop a taste for regret. It’s the malt vinegar of emotions – drink it straight from the bottle and it’ll eat yer guts. Add a sprinkle here and there and it puts a living edge on things.”

Raising money for the kiddo!

Or if it’s easier:

Donate to Emily via PayPal or Venmo Just put For Emily! in the notes!