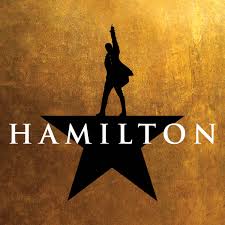 Tonight, Lin-Manuel Miranda gives his final performance on Broadway as Alexander Hamilton. He is bowing out, after a year of intense success, and handing the mantle over to Javier Muñoz. Of course, it was our dream to see the original cast perform this revolutionary musical, and our dream it will remain. Five digits of dough might score us some last minute tickets, but we’ve decided to pass. The Concord is all booked up anyway.

I’ve heard tell that PBS will be doing a special on Hamilton in October, possibly even airing one of the full performances that they recorded. I guess we’ll have to find the biggest screen we can and pretend we’re in New York to see this particular dream realized.

If you haven’t been nabbed by this rap battle of a musical yet, it’s time for you to head over to YouTube. It’s all there, waiting for you.

I am not a big musical fan, and for the most part, I have no room in my auditory repertoire for rap or hip-hop, so I had no urgent need to listen to a hip-hop musical, but when the kid convinced me to give it a once-through, I was hooked. It is nothing short of incredible. Really.

Wait for it,
KJ