It was a rollercoaster of a trip, really, from an underwhelming rowhouse rental in DC, to glorious visit with beautiful friends all along the East Coast. From a transmission that thought it might want to drop out on us, to operational AC for the entire trip (Woot! Woot!). From collapsed tents to the simple blessings of comfortable beds, we enjoyed (almost) every minute of our travels. 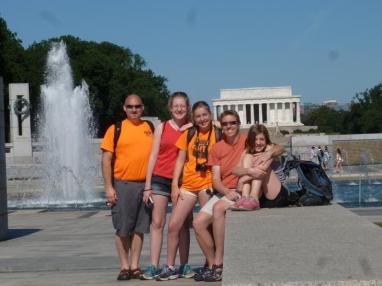 We visited monuments and memorials aplenty in DC, ironically our favorite being the small and unassuming Albert Einstein memorial we hit incidentally on the way home one night. We experienced 5 days of the Metro, and praised it more than once for keeping us out of traffic and limiting the full-blown road rage moments to just that one on the way to church Sunday morning. We walked far too many miles of DC streets, in far too many degrees of sweltering heat, accompanied by far too many rats to count. The EPA building seemed especially afflicted with the rodents of the night.

It seems the world did not stop, particularly in it’s violence, while we were away. When we turned on the Tony’s in our little rowhouse on 11st St on Sunday night, we intended on seeing just how many Hamilton might come away with (11, for those who care), but soon caught on to the latest acts of terror in Orlando, and a country in mourning once again. The night before some nutcase shot and killed a Voice star in the very same city.

Disney, where one should only have to worry about their child being abducted by another catagory of nutjobs, harbored a small congregation of alligators that stole the life of a small child. Unbelievable. On the home front, we got a phone call from our dedicated animal wranglers, notifying us that the chicken coop had been infiltrated. When all was said and done, half of the flock was gone, decimated once again, presumably by the dastardly coons. Feathers everywhere.

There are terrible floods devastating West Virginia – more than 20 dead already – and we didn’t even know until hours after we drove through the heart of the hard-hit areas, noting the vicious rivers and fields-turned-ponds, but having no idea of the full story. The stock market dove after Britain announced its withdrawal from the European Union. The ripples will most likely not stop with a little dip in the Dow. And the world turns on and on…

DC and its flocks of humanity left in our wake, we eventually headed South to the more relaxing, vacation-y parts of our trip. To friends and the great (albeit HOT) out-of-doors. There were dolphins in Chesapeake Bay and on the Outer Banks, the cutest little lizards running through the cactii of our campsite, and mosquitos large enough to eat a dung beetle. We even saw a dung beetle or two – rolling. dung. Impressive in their obsession, really. We lost our tent to insane wind on the Outer Banks, but if it was going to go, it couldn’t have picked a better time. We simply tore down and headed across North Carolina a day early. A little more time with our Smokies buddies couldn’t be a bad thing.

We took with us a small collection of about seventeen audio books, but listened to exactly 2. The very ones I thought we might get to, Truck, and Westing Game. And we listened to Hamilton twice. Maybe three times. I may have lost count. The Westing Game is just a fun read, but Truck left us in laughter-induced tears more than once. I don’t even know how many times I’ve read that book, but it still brings the tears from all four corners of the emotional spectrum. The wisdom for living spoke here and there to the nuances of our immediate trip, summed up nicely in four little words: “Honking crabs the soul.” Indeed it does.

We finished up Truck just in the nick of time, the last syllables of Mike’s smooth voice fading out as we drove up our road to our feather-littered land, trundling over the new 4×5′ patch of blacktop dropped into the winter’s irreparable sinkhole while we were gone. Seems the township has finally applied the band-aid for the year. Too bad they weren’t working on nuisance animal control a bit more.

The coop is, as reported, not as full as it was when we left. Disappointing, no matter how many times we do this dance with the local coon population. As we finish the last of the unpacking before bed, Scott has snuck out the front door with a steel-barrelled boom-stick in hand. Seems even though the guardians of the animals sealed up the chickens tight as a drum, the perpetrators are still frequenting the yard, settling for cat food instead of chicken feathers. They’ve got another thing coming.

When we left, I was coming off a terrible week of miserable neck siezure. Unbelieveable pain. I am happy to report that I saw the magical chiro-man one last time on the way out of town, and I was good to go. A million miles and hours in that car, and still, I was unshaken. Thank you, Lord. And beds…  We slept in a questionable DC apartment, an airbed in Virginia and in a tent on the OBX, and in 3 other gracious beds along the way, and every one of them agreed with my spine. When does that ever happen? If you know me, you know the answer is never. It was a good trip, and I feel great, despite the miles. 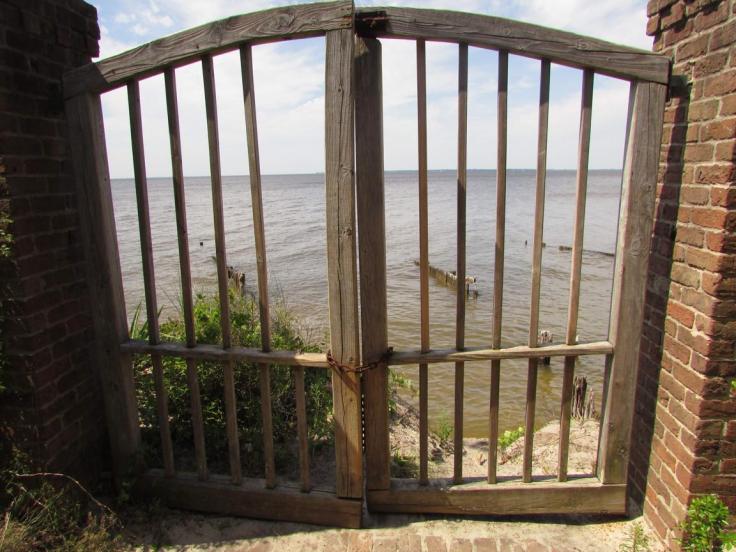 There is a lot to babble about, but no matter how good the sleeping was along the way, I am excited for a night in my own bed. My own bed. Scott will not join me, of course, for he is engaged in a battle to the death, but I will be nodding off any moment now.

If you need me, I’ll be in bed. If you need Scott, he’ll be camped out on the front porch in his underwear, waiting for the coons,
KJ

One thought on “Home”